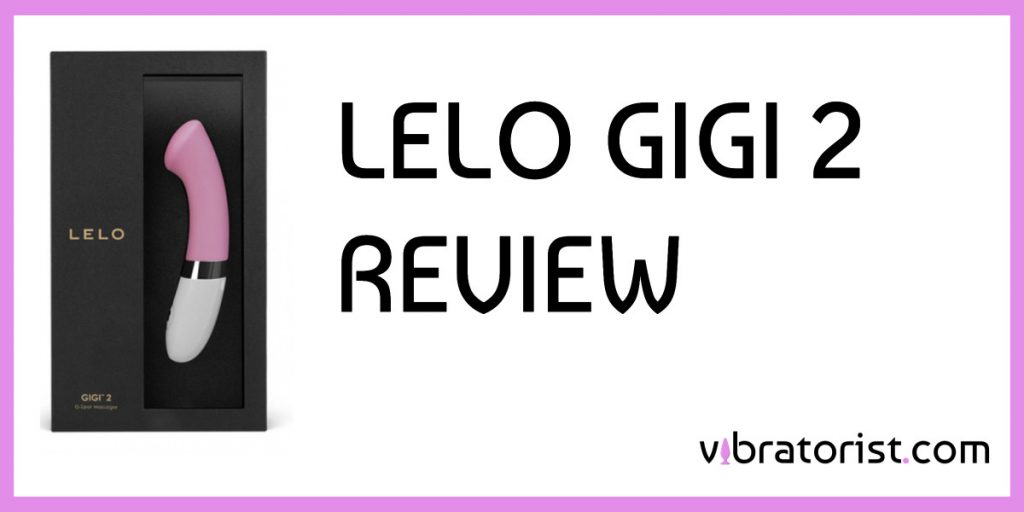 Luckily, these low-quality sex toys aren’t the only ones on the market if you know where to look. Today, I want you to meet Gigi 2 by Lelo!

In this Lelo Gigi 2 review, we’ll discuss all the nitty-gritty details about the toy, from specs and features to my own impression of and experience with the Gigi 2. So come along to learn all you need to know about this toy before you decide if you want to buy it or not.

Quick Overview: Pros and Cons of the Lelo Gigi 2

To give you an idea of whether Lelo Gigi is the toy for you or not, we’ll start off this Gigi 2 review with an overview of the pros and cons of this toy. Here are the upsides and downsides of the Gigi 2 that stood out most to me.

Specs and How It Works

Now let’s get in to the finer details.

The Concept Behind Lelo Gigi 2 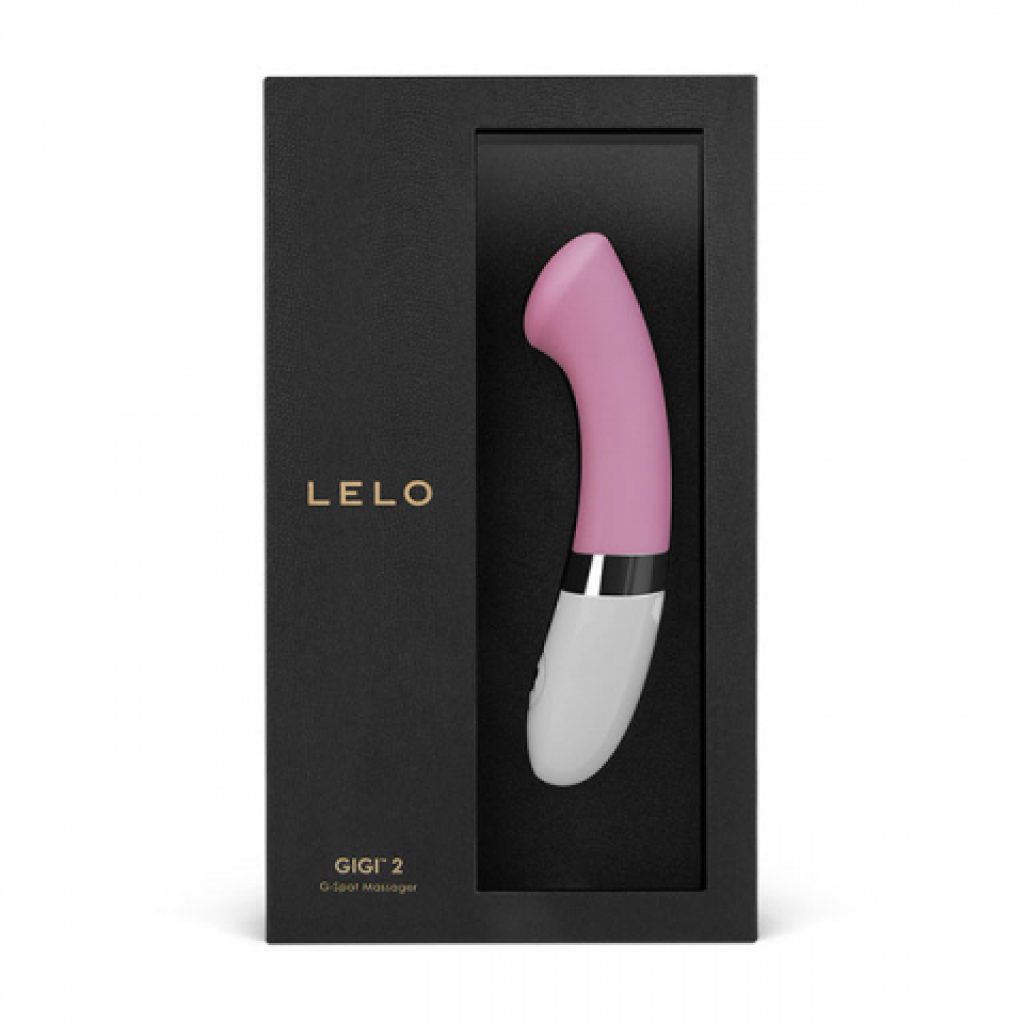 A  good way to describe the Gigi 2 would be no-nonsense but effective. It really has all the bases covered, with excellent design and a high build quality, but at the same time it won’t overwhelm you with features and patterns. Still, it does bring something new to the table with the flat-surfaced end, which allows you to precisely target and stimulate your G-spot’s coin-sized area. Not often do toys accomplish this, and it is absolutely one of this toy’s most outstanding qualities.

With a simple design, simple controls, and simple patterns, it is excellent for beginners or those who don’t enjoy all the bells and whistles of many of the more high-tech toys.

The high quality means it will last you a long time, and the battery life lets you enjoy each session for as long as you’d like. Lelo Gigi 2 has become a bestseller with hundreds of customers singing its tune, so it is clear that the toy delivers on its promises of pleasure – and wasn’t just a hit with me! 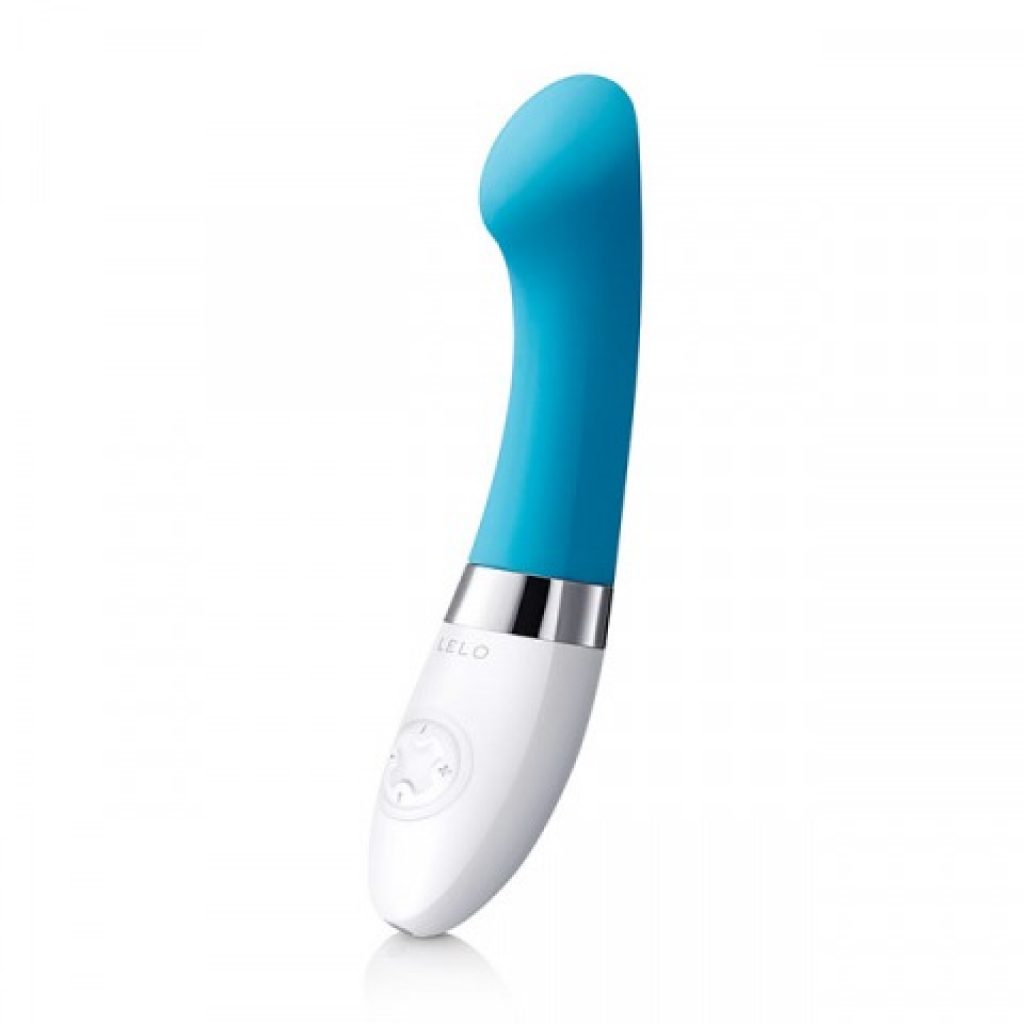 Upon first glance, the Gigi 2 by Lelo looks much like other vibrators you’ll find on the market. The design may seem simple, but it is well-thought-out. The curve is there for you to be able to hit your G-spot, and the flattened tip gives you the ability to target your sweet spot in a way most other vibrators won’t let you. And, of course, the flattened tip is also easy to use on your clitoris to get warmed up.

The other end of the toy is plastic, and that part has the controls. The Gigi 2 is controlled manually through 4 buttons that let you skip back and forth between the patterns and heighten or lower the intensity.

The toy is small and very lightweight. It weighs only 2.8 oz and has a length of just 6.5 inches, with the insertable length at 3.7 inches. If you’re worrying that won’t be enough to satisfy you, don’t. The G-spot is located about 2.5-3 inches in the vagina, meaning that Gigi 2, with the perfect shape for finding the G-spot, is more than able to reach and stimulate your G-spot.

Lelo Gigi 2 is fully rechargeable and has an impressive battery life of up to 4 hours of continuous use. When it’s time to charge it, just plug it in through the USB cable that comes with your purchase. Within 2 hours, the device will be fully charged and ready for another 4 hours of fun.

When it comes to patterns and controls, Lelo chose to keep things simple for the Gigi 2. The Gigi 2 lets you switch between 8 vibration patterns, and the controls are placed on the rounded end of the vibrators. Switching between the patterns is straightforward, using the buttons for jumping back and forth. The traditional method of controlling the vibrations means that you won’t have to worry about any additional parts like a remote control or a weak Bluetooth connection that interrupts your experience.

There are two additional buttons that allow you to adjust the intensity of the current pattern, allowing precise control of the vibrations in a simple way.

Having used the Gigi 2 a few times over a 2 week period I feel well placed to offer my observations.

My Experience Using The Gigi 2

Pretty packaging aside, performance is what it’s really about. Let me tell you about my experience with the Gigi 2 and what I liked and what I didn’t. 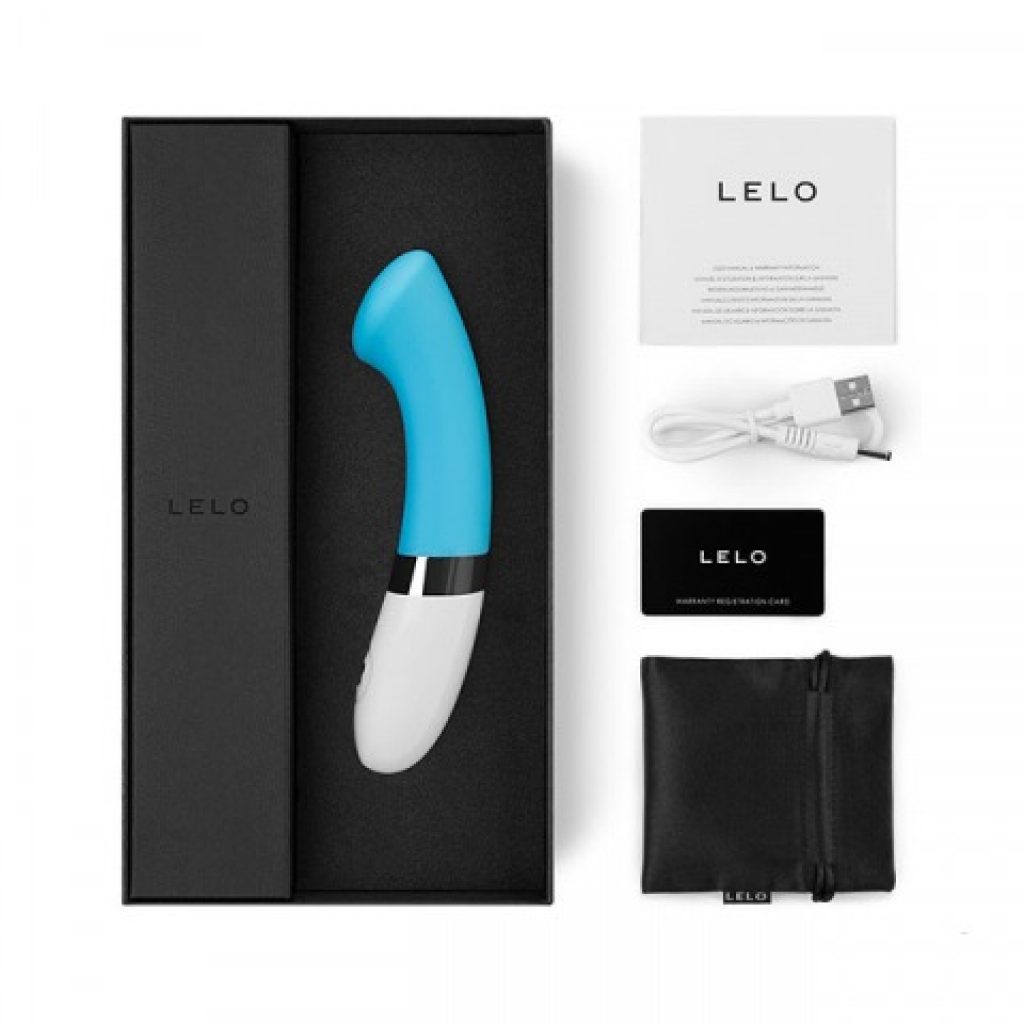 I first tried it out alone. I took a hot shower, lit some candles, and got myself in the mood for using the toy. One thing I do appreciate about the toy is that while the small size may seem like a disadvantage, it is actually very convenient as well since it makes it easier to use without the toy being in the way. Some bulkier toys can be a bit in the way if you like to, for example, lay on your stomach while using them.

When I first started using it, I began by applying pressure to my clitoris. Unfortunately, it was a bit disappointing, and I would need a bit stronger of a toy to really bring me all the way this way. It did get me wet, though, and I was ready to put the toy to the actual intended use.

So, just like advertised, this toy was ​able to apply pressure directly to my G spot. It took me a bit of angling to find the correct position for it to hit the sweet spot, but when I found it – oh my. The flat surface makes sure that the vibrations were really targeted, which meant powerful sensations even though it isn’t the strongest vibrator. For me, it was enough that I managed to reach a climax within 10 minutes. As it is pretty unusual for a toy to get me to a G-spot climax, I have to give it a lot of credit for this accomplishment.

I was looking forward to using it with my partner, but after the session, I am convinced it might not be the best for all couples.

Since I have a male partner who typically penetrates me during sex, that doesn’t leave too much space for the Lelo Gigi 2. Since the clitoral stimulation wasn’t all that strong, the toy was a bit of fun, but didn’t really add much to our sex overall. My partner can end up feeling a bit left out if I let Gigi 2 have all the fun inside me, which is why I would have preferred stronger vibrations to use against my clitoris as he penetrates me. 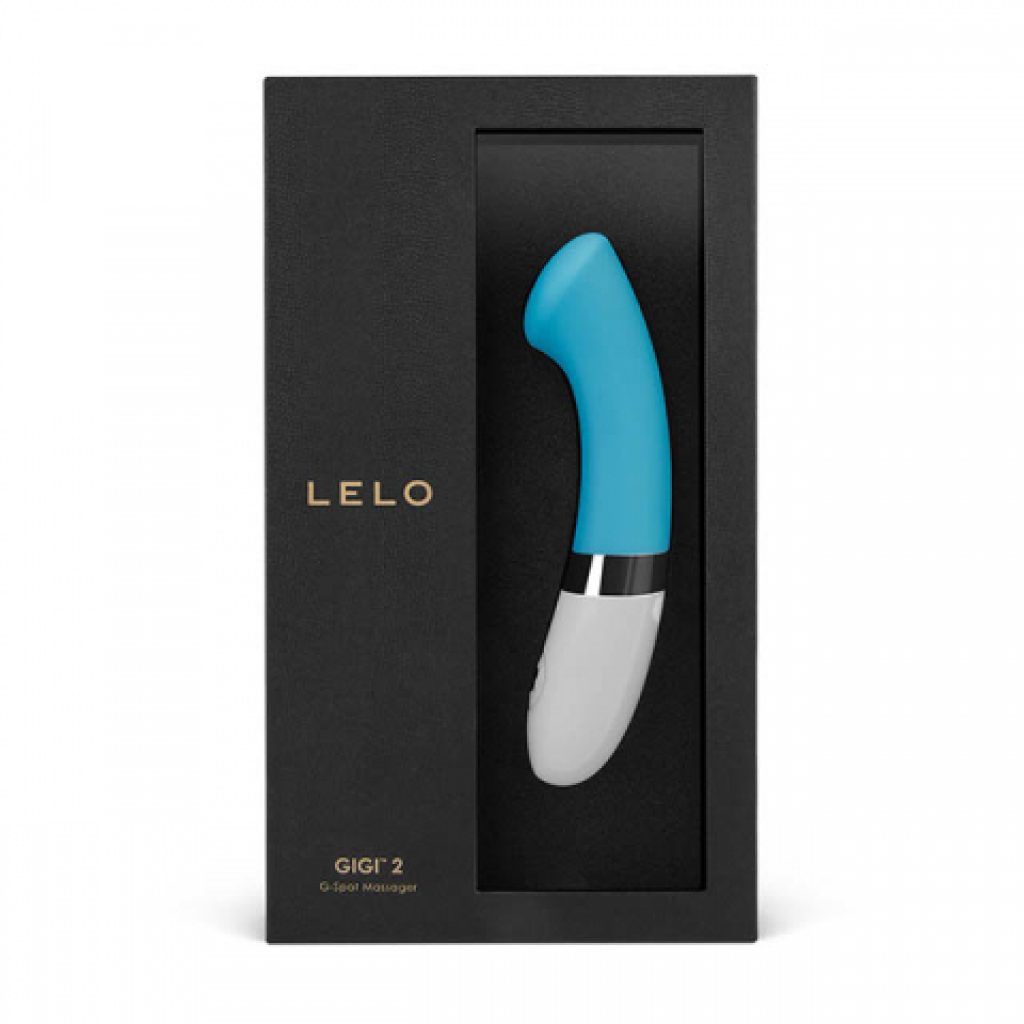 That’s not to say the Lelo Gigi 2 won’t work for any couple, though. Lelo Gigi 2 is excellent if you’re just starting out with toys and would like to bring a more timid toy into your couple’s sex. This makes it an excellent option for beginners.

The other good thing about the Lelo Gigi 2 is that it isn’t in the way too much. It is easy to use, and discreet, and doesn’t take too much space. Another advantage is that the controls are so easy to use that you won’t be distracted by trying to switch between patterns.

Overall, I give points for being discreet and minimalistic, which means it won’t steal the spotlight. If you are a lesbian couple, love toy penetration or want some gentler clitoral stimulation, the Gigi 2 will serve you well as a couple’s toy.

My final words about my experience is that I would have wished for the option of higher intensity. Gigi 2 certainly isn’t weak, and the fact that it can target the G-spot so well means it doesn’t have to be so strong to be intense, but I still would have preferred a bit more power. Depending on your preferences, the highest intensity of the Gigi 2 might leave you wanting more.

I also wasn’t a fan of all the vibration patterns; there were only 3 that I actually liked. But, then again, one good pattern is all a sex toy really needs, so I wouldn’t call this a real drawback.

How To Use The Gigi 2

You can then use the flattened tip to stimulate your clitoris for a warm-up. Once you’re wet and ready (if you don’t naturally lubricate, just add some water-based lube), it’s time to give some attention to your G-spot. You can insert the toy, curve towards your belly button, and press the flattened tip against your G-spot. Once you start to feel explosive pleasure, you know the toy is doing its thing! Keep going for up to 4 hours, and repeat as often as you’d like.

I am sure you’re glad to hear that there isn’t much maintenance. The one thing that is important for all sex toys is, of course, keeping them clean. Not cleaning the toy after use could lead to bacteria build-up, which in turn could lead to a nasty infection in your private parts. That’s never fun.

Luckily, with a completely waterproof toy like the Gigi 2, cleaning is easy. Just rinse it in warm water, use a bit of mild antibacterial soap or toy cleaner to get rid of any bacteria, rinse off well and dry it off. Store it somewhere cool and dry. That’s all there is to it!

Here are a couple of alternatives to the Lelo Gigi 2 in case you don’t think it is quite right for you. 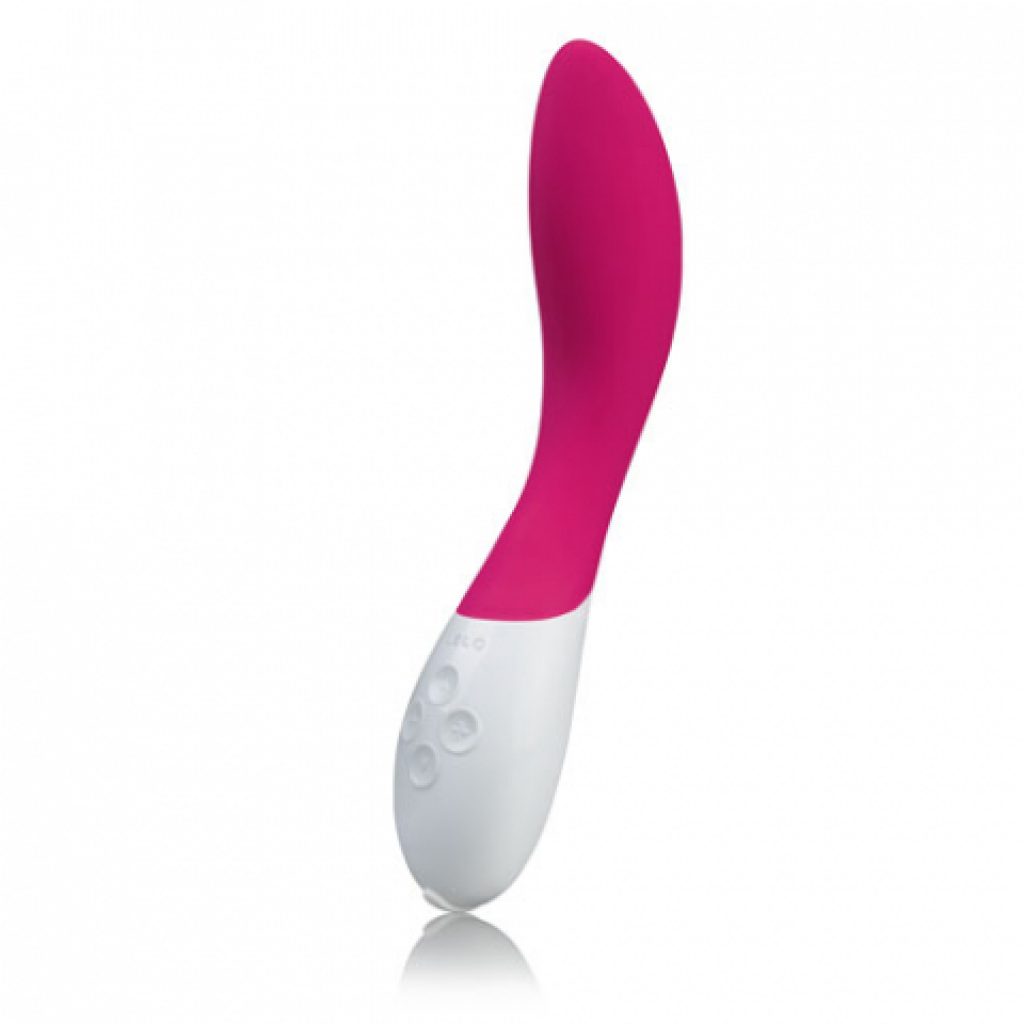 If you enjoy the simplicity of Gigi 2 but are looking for something with stronger vibrations, then the Mona 2 might be an option for you. Designed by the same brand, it possesses the same high quality and a similarly sleek design. It is just as simplistic as the Gigi 2. It is shaped differently, without the flat surface that the Gigi 2 has, and is instead rounded all over and excellent for intense internal and external stimulation.

When it comes to size, Mona 2 is slightly bigger than the Gigi 2 but still compact, silent, and easy to bring with you anywhere.

If you love Gigi 2 and are on the lookout for a similar product, or if you think Gigi 2 is great but a bit weak, consider the Mona 2. It has 6 different patterns, 4 hours of battery life, the same simple controls, and is 100% waterproof for safe play anywhere. Easy to handle but intense; that’s Mona 2. 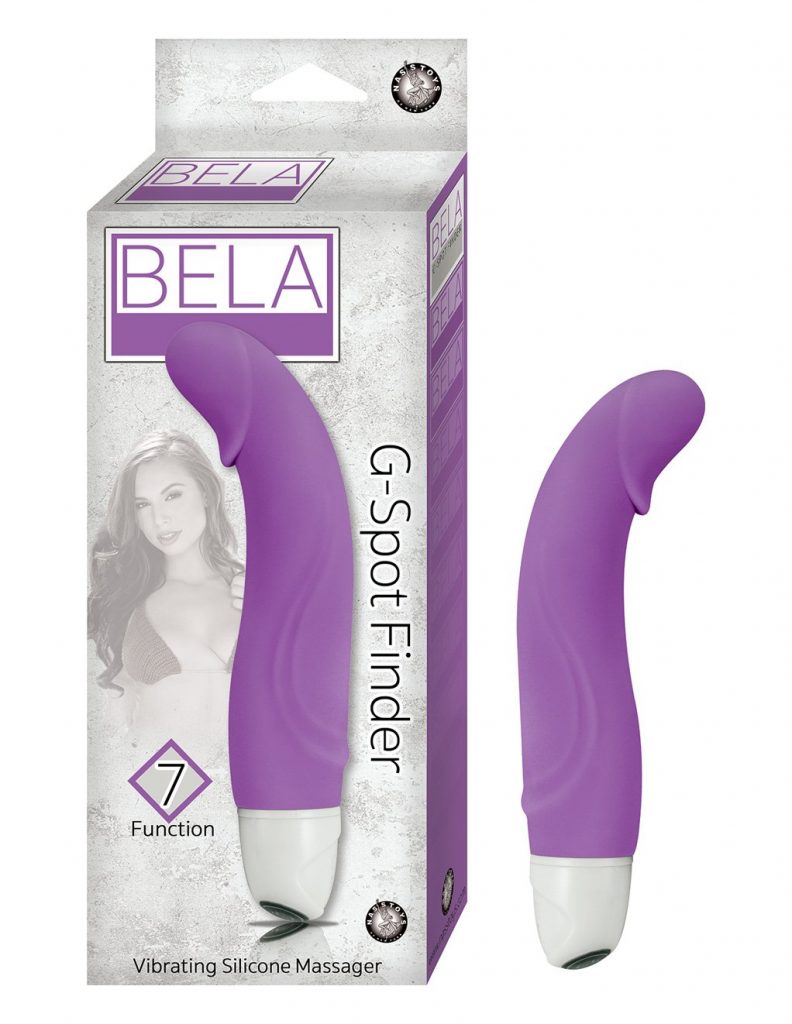 The classic curved design hits your G-spot, and the toy itself is made of silicone. Just like the Gigi 2, the toy is waterproof and can be used in the shower or bath. The vibrations aren’t the most intense out there, but they are enough to bring you pleasure, especially when targeting your G-spot as well as this toy does.

The Bela G-Spot Finder comes at a very affordable price, and the quality isn’t at all bad for the price. It isn’t the most high-end on the market, but it does what it should, and the material is of high quality. If you treat it right, it will continue to bring you pleasure for years to come.

The design may look a bit less elegant than the Gigi 2, but it provides you with all you need for a fun session without costing a fortune.