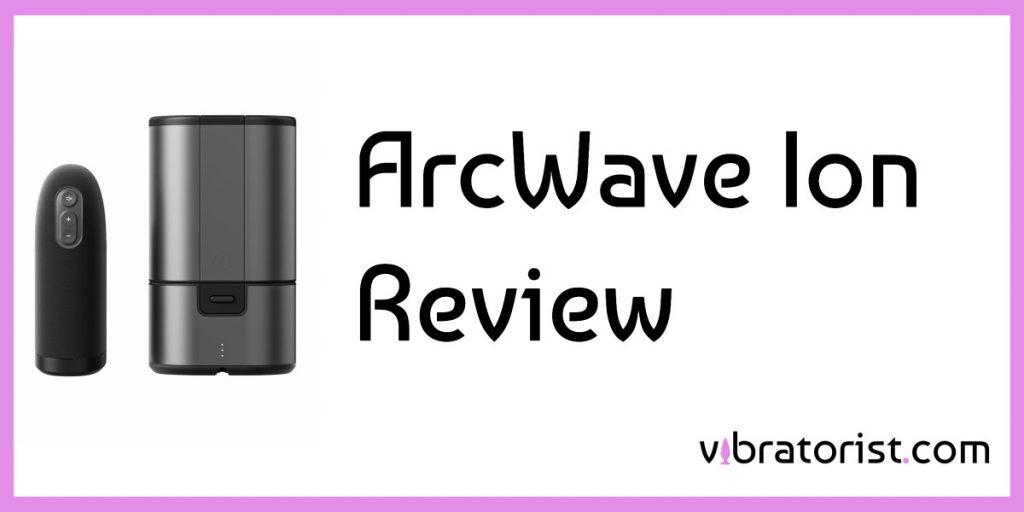 Ladies and gentlemen, we have a new sex toy company in town. ArcWave is a new sex toy manufacturer and a subsidiary of WowTech, the same company that owns Womanizer and We-Vibe. Today, we’re going to be reviewing Arcwave’s flagship product, the ArcWave Ion, a new product launched just this year.

This ArcWave Ion review has been conducted after real world testing and aims to be impartial and honest with its verdict.

What Is The ArcWave Ion? 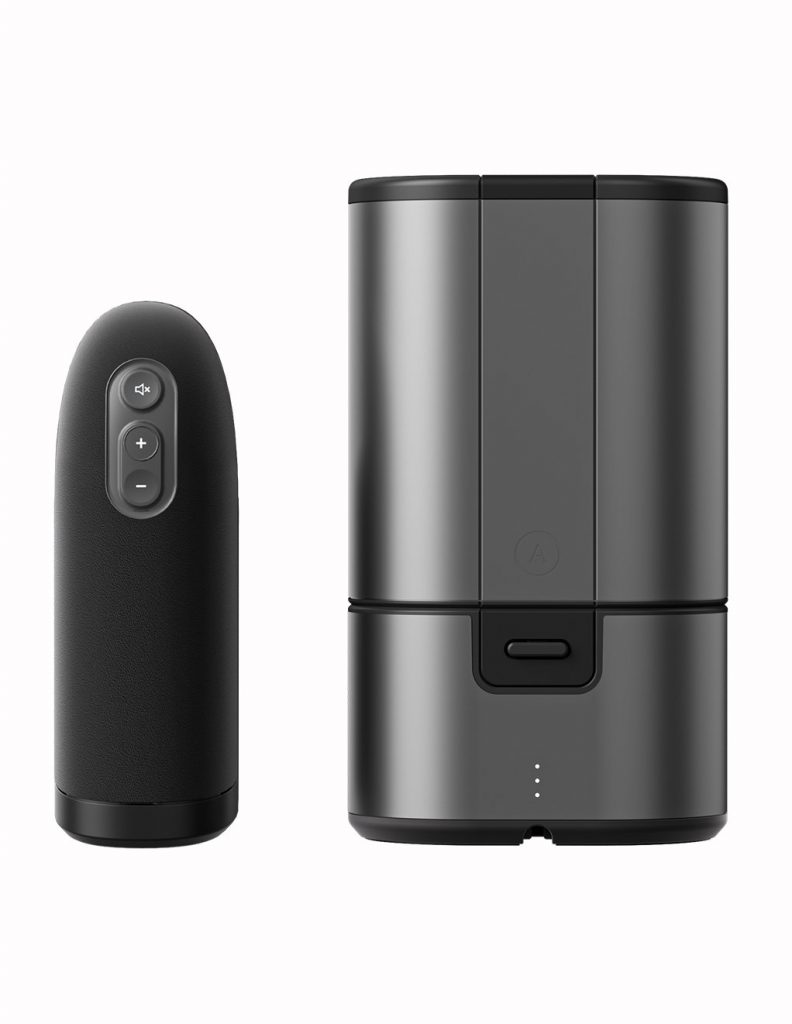 The company has taken the first step towards revolutionizing the stagnant standard of male sex toys. It has stripped away the fake vaginas, the strokes, the vibrations, and the large machines and put a new method of male toys on the table. Today, our job is to tell you everything you need to know about the ArcWave Ion and our experience with it.

Is this the best male sex toy on the market?

Keep reading to find out.

When the ArcWave Ion is set appropriately, you’ll never believe that it’s a sex toy. You can charge this thing in a corner in your office, and no one will know that it’s a sex toy unless you tell them point-blank or unless they separate the parts and can tell that one of these parts does consist of a sleeve. But, unless it accidentally, somehow, shatters into pieces, absolutely no one will be able to tell, and we’re loving the discretion that it brings through its appearance. 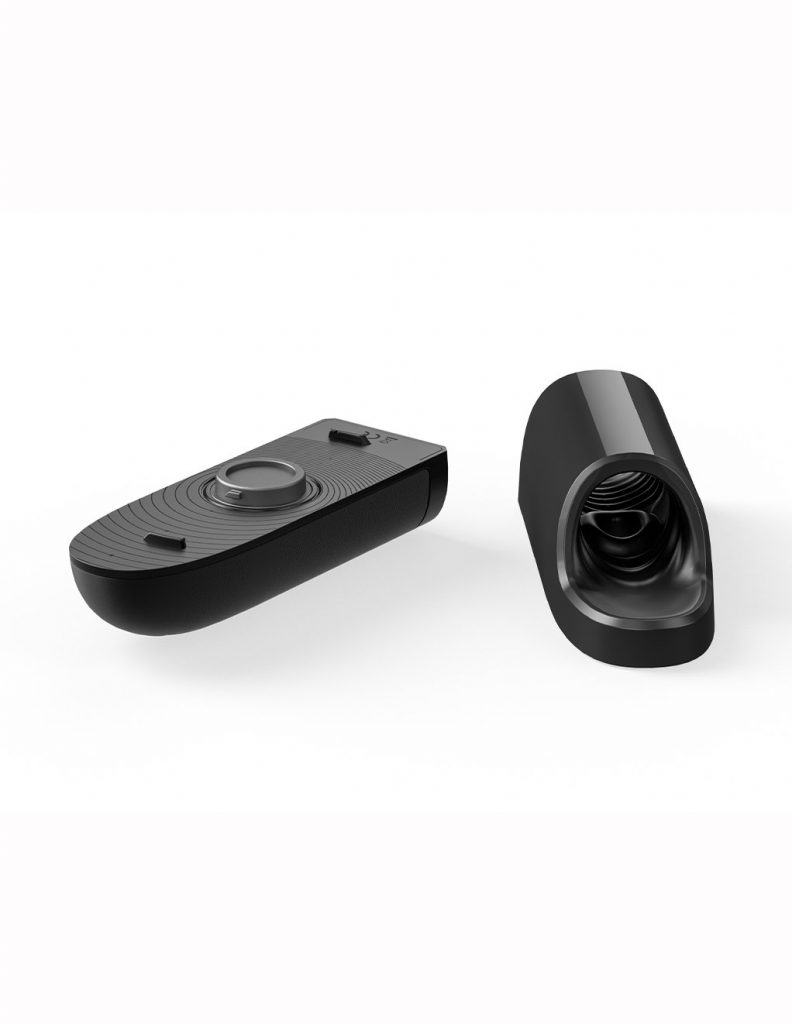 Apart from the ArcWave Ion’s deceptive looks, it does look expensive and worth every bit of its price. It comes in a sleek gray that kind of looks like steel or metal but is in fact made of ABS plastic. The inside sleeve is made of silicone to have sufficient softness for your penis.

The ArcWave Ion can be separated into two parts; the part made of ABS plastic where the motor, controls, and pressure chamber are. The other part is the sleeve.

The sleeve on its own shows great attention to detail. The inside is ribbed and extremely stretchy, we’d say that it can comfortably fit all penises. Unlike other strokers, this toy is open-ended, which means that when you enter the toy, your penis will pop out on the other side. This means that you won’t get that wet squelching sound that you can sometimes get with masturbators when you add too much lube.

This also makes cleaning easier, although we’ll share exactly how that goes a little later. Right now, we’re going to discuss the technology that makes the ArcWave Ion so different.

Pleasure Air Technology: What Is It?

Pleasure Air Technology is the innovative method of creating suction through air pressure. This suction stimulates whatever is in its sleeve, which happens to be your penis. It’s meant to be able to provide pleasure without contact; that is, you’ll only feel the air hitting and stroking your penis, but there won’t be anything physically touching your penis. 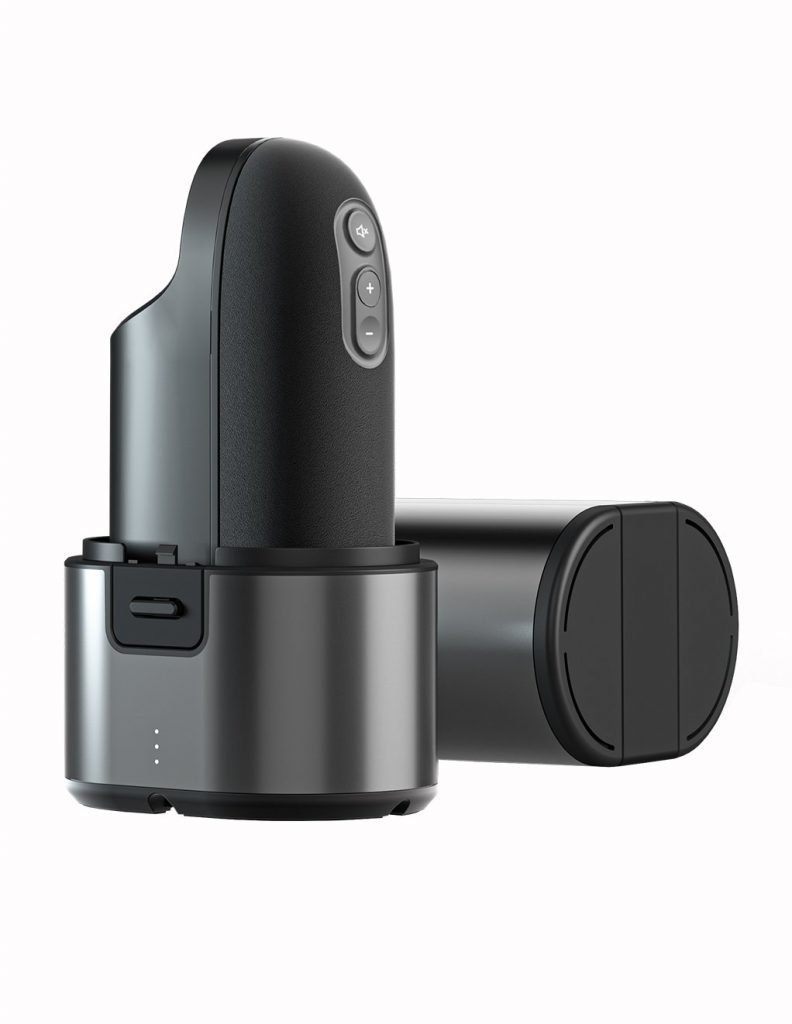 The pressure wave technology inside the ArcWave Ion is created by the pressure chamber within the toy. This chamber takes the surrounding air and makes pressurized air, and kind of throws it at the penis inside it to stimulate it according to the controls.

In essence, the ArcWave Ion uses the same technology as the Womanizer series. This isn’t a surprise, as the original intention behind the ArcWave Ion was to create a male sex toy that could give female or clitoral orgasms – we know that sounds far fetched but it actually makes a lot of sense.

Now that you know what Pleasure Air Technology is, we can talk about how the ArcWave Ion works.

How The ArcWave Ion Works

As we said before, the ArcWave Ion has eight intensities. It doesn’t have any patterns which we suppose could be a characteristic of toys with Pleasure Air Stimulation. We mean, how do you put a pattern on air pressure?

However, we favored the lower intensity levels over the higher intensity levels. The company advises that you use the ArcWave Ion more than five times to get the full experience, so I did, and while I came each time, the best and deeper orgasms happened when I simply let the device operate at the lower levels.

While this toy looks discreet, its sound level is anything but. I’ll tell it to you straight: the sounds the ArcWave Ion makes at the higher levels sound like they come from a busy construction site. Other descriptions from the team include hammer drill, a roar, a faulty engine…yeah, you get the idea.

However, you can easily use this toy at the lower levels without much of a problem if you do it under cover of loud music. But the bros at ArcWave made a fail-safe feature that’ll ensure that no one walks in on you using a very noisy sex toy.

The SmartSilence feature automatically silences the toy once the sensor in the toy can no longer sense human skin within the sleeve. So, when you hear that door creaking open, you can just pull out and voila—complete silence.

The ArcWave Ion has a pretty great charging station. It makes the device look like anything but a sex toy. It also serves as a drying and storage station after use. You can just put the toy in the base to charge and insert a DryTech stick into the silicone sleeve to simultaneously absorb any leftover moisture.

The charging time for the ArcWave Ion is two hours, and the runtime is just over an hour. This isn’t an awesome ratio, but it’s sufficient because it’s a solo toy.

What’s In The Box? 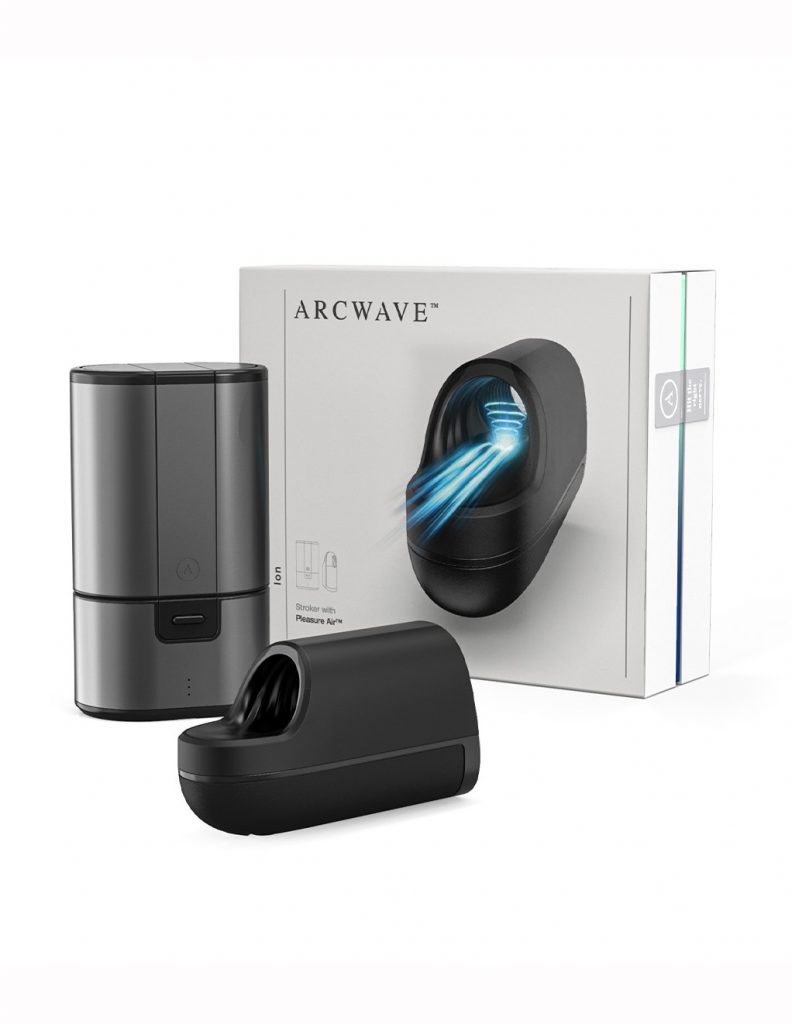 This is our favorite part of this article because we feel like the ArcWave Ion is worth its price just by looking at its packaging and all the stuff that comes with it.

The ArcWave Ion comes in a square, flat box. It doesn’t look at all like a sex toy. This is one toy that could get accidentally opened in the mail, and I wouldn’t cringe at all. From the box to the items, none of them even whisper the phrase “sex toy.”

The box contains several items including:

How to Use the ArcWave Ion

Before we get into actually using the ArcWave Ion, let’s have a quick rundown on how the controls on this device work.

Charge the device till it is full when you first receive it. When it is full, you can start using the ArcWave Ion.  Turn on the device by pressing and holding the plus (+) button. It’ll automatically start up in Smart Silence mode. If you don’t want that feature, turn it off by pressing the mute button.

You’ll need some water-based lubricant. Add some to your penis before inserting it into the ArcWave Ion. This is critical. Friction can cause damage to your skin and the toy.

Once the Pleasure Air sensor is covered by your penis, the toy should start working at the lowest level. This will only happen if you do not turn off the Smart Silence feature. If you did, the toy would’ve only started working after you pressed the plus (+) button once.

For the best sensations, put your frenulum on top of the Pleasure Air sensor. This way, your most sensitive spot will be getting the best of the pressure created by the device. Once your penis is in position, you can check out all eight intensity levels and find out which one stimulates you the best. Our personal favorite is the second level.

You can use the ArcWave Ion as a stroker but it’s originally meant to be a stationary tool. The air pressure is meant to be directed at a still penis so that it can hit all the right spots. But you can squeeze it to add more pressure around your penis.

Turn the device off by pressing and holding the minus (-) button.

The ArcWave Ion is made of ABS plastic and silicone, two very long-lasting materials. The whole device is body-safe which is pretty rare in a male sex toy, so we were pretty happy to see that. The materials kinda make us believe that this toy can last for more than two years.

Contrary to its sophisticated and complicated appearance, this toy is pretty simple to clean. The ArcWave Ion easily comes apart in two places. All you have to do is twist the sleeve section away from the motor part. This toy is completely waterproof so you can just rinse them thoroughly in water, with some mild antibacterial soap or a toy cleaner.

Then, dry them with a cloth or simply shake them out, put them back together, and put them in their storage case. Add a DryTech Stick in to absorb any leftover moisture so it doesn’t sprout mildew while it’s not in use. This way, you can leave it alone for a long time and not worry about moisture creating unseen problems in the device.

So, is the ArcWave Ion the next big thing for male sex toys?

We think it is.

Pleasure Air Technology is taking the female sex toy market by storm and with the ArcWave Ion, it can do the same for the male market. This is only the first toy from ArcWave, and while the ArcWave Ion is pretty amazing on its own, we definitely can’t wait to see the ArcWave Ion 2 or further iterations using this innovative technology.