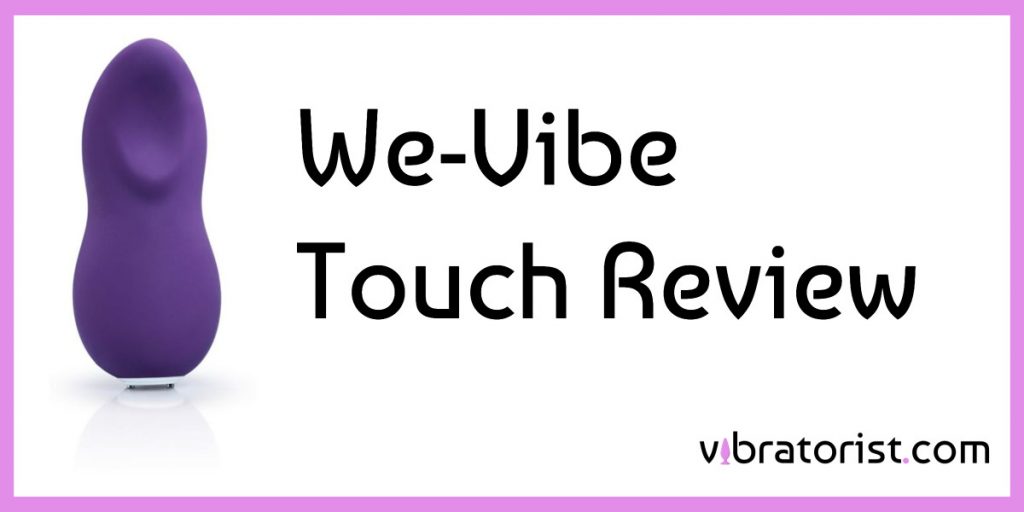 WeVibe is a renowned Canadian manufacturer and vendor of quality sex toys. The company produces an array of products for couples and solos, and one of their most popular products is The WeVibe Touch.

I have high expectations of the WeVibe Touch. This is, in part, due to the reputation of the brand, but it’s also because the sex toy has been a bestseller for more than a decade. The touch is described as a classic mini massager, and I’m wondering if some of the best things really do come in all small packages.

I’ll also be getting acquainted with the WeVibe Touch myself. I let you know if the product titillated my clit and delivered memorable orgasms. There’s a lot to get through, so let’s get started by finding out more about the small sex toy that apparently packs a lot of punch. 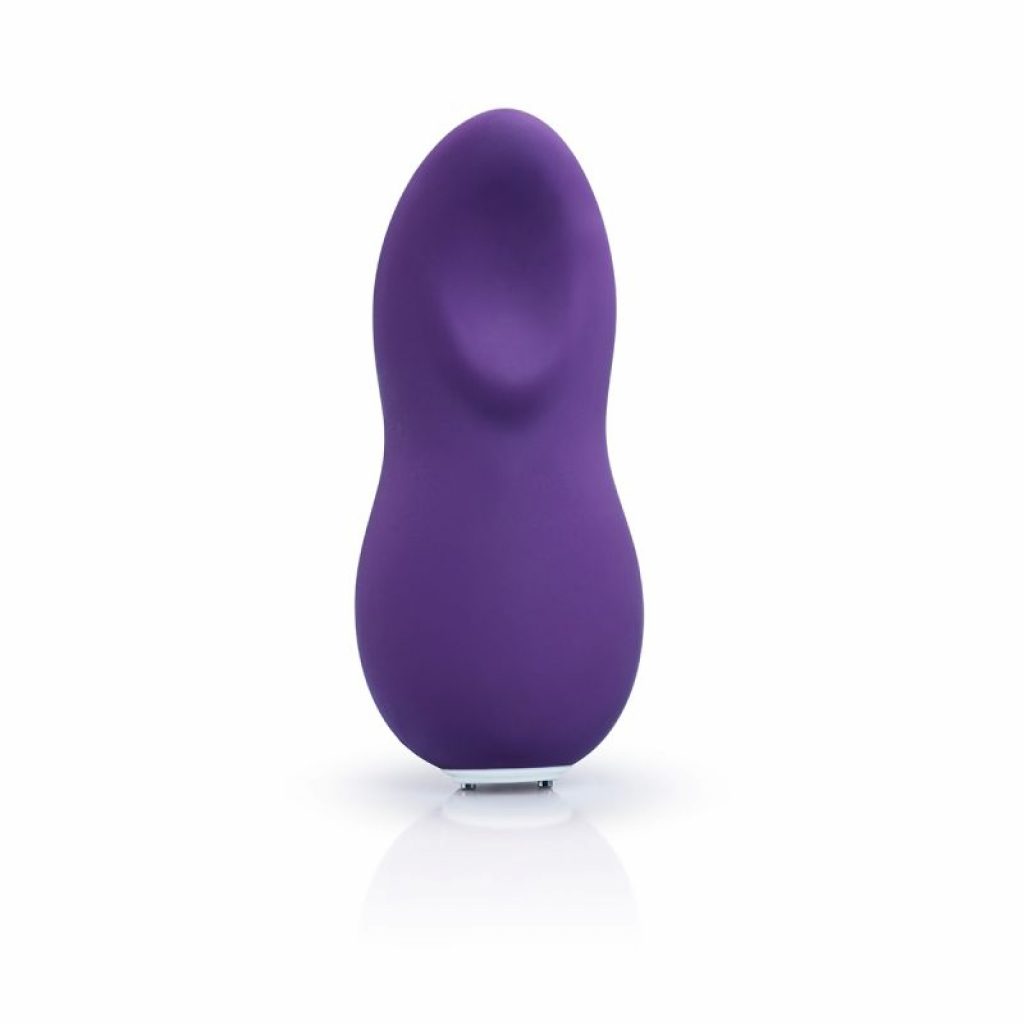 WeVibe has been supplying sex toys to the market for years. The first product went on sale back in 2008, and since then there has been a steady stream of designs. The WeVibe Touch has proved to be a hit, so let’s find out what it has to offer.

Let’s start with how the toy looks. I think the WeVibe Touch is best described as purple and cute! They say size isn’t everything, and I’m not perturbed by the littleness of this one, but I have to say, the shape is rather strange.

The WeVibe Touch is sort of a cross between a bullet, a tadpole, and a spoon! I’m not sure what image you have in your mind of it right now – but I’m sorry if I’ve put you off! It may look weird, but weird can be interesting, so let’s delve deeper.

The main body of the WeVibe Touch tapers in the center, becoming narrower before the toy broadens again to a rounded base. I think it’s fair to say the WeVibe Touch isn’t going to win any beauty prizes, but if it delivers knee-trembling orgasms do we care? The short answer is no!

Despite our misgivings about the shape and size, the WeVibe Touch does have a lot going for it. Yes, the product is small, but it’s very nice to hold. The dimensions are compact at 101mm x 34 mm x 45 mm, but due to its proportions, the Touch fits very snuggly into the palm of your hand.

This allows for easy movement, so you can edge the toy into the perfect spot, and if you need to shuffle around during play you don’t have to try to move a cumbersome sex toy into place. The compact size also works well when you’re enjoying sexual play with a partner.

The materials are worthy of a mention too. The WeVibe Touch is made from body-safe medical-grade silicone. Silicone is classified as medical grade when it is deemed safe and non-toxic. The Touch is odorless and free from phthalates, latex, and BPA. This is great news for those who suffer from sensitive skin.

Medical silicone is also known to be durable and very versatile. The material is non-porous too, so WeVibe Touch won’t absorb air or liquids. This means the product is easy to care for and clean.

Just give the Touch a good wash after every use (and dry it thoroughly afterward) to keep it fresh and hygienic. Keep the product in its complementary silky pouch when it’s not in use. 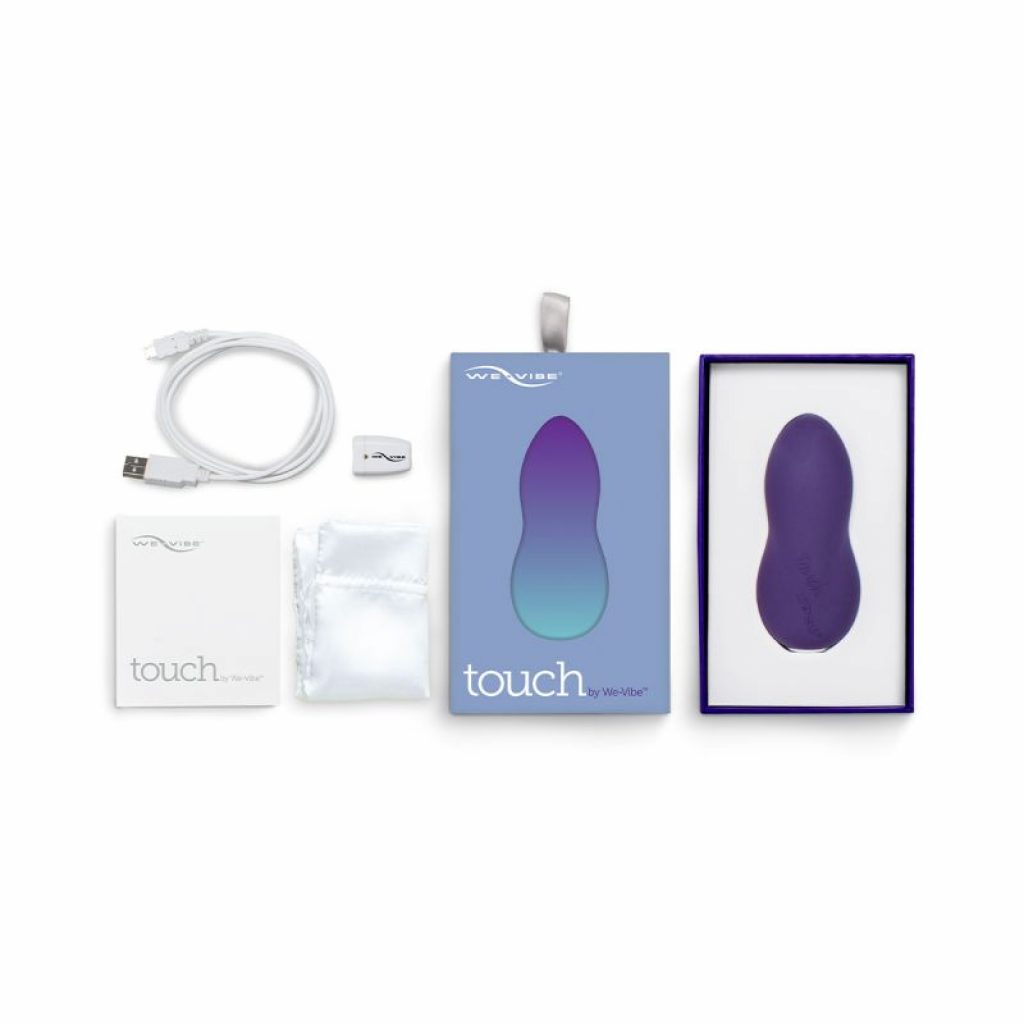 Now let’s take a look at the WeVibe Touch control panel. In fairness, there’s not much to discuss here. There’s no control panel as such, just a single button situated at the end of the toy. This makes switching on and off, and changing modes exceptionally easy.

We can also tell you that the WeVibe Touch is described as whisper quiet. No one wants to worry about how much noise they are making while having a good time, so this is a useful trait. If the toy is as quiet as suggested you might also be able to use it for spontaneous play if you just can’t wait to get back to your bedroom!

The WeVibe Touch also features a magnetic charging port. You can plug your toy in, and power it up. It takes around ninety minutes to charge up the toy, and once you’ve done that you can enjoy up to two hours of play. The product also boasts a low power alert. This is good to know, as you will know when it’s time to pop the Touch on charge, and you won’t have to worry about running out of power mid-play

As the WeVibe Touch is rechargeable you won’t have to keep stocking up on batteries. That’s good news for your wallet and great news for the environment as used batteries are a major contributor to air and water pollution.

There are 8 vibration pattern modes to choose from including, low, medium, high, pulse, wave, cha-cha, tease, and ultra. With so many settings you can enjoy everything from sensual teasing to intense penetration. The toy is suitable for solo fun and partner play, so there are lots of options.

The WeVibe Touch is also 100% waterproof. This means you can take your new toy into the shower or bath for plenty of wet, wild, and lather-filled fun.

Just to finish things off, we should also mention that the WeVibe Touch comes with a user guide and a two-year guarantee. The product is robust and made to last, but it’s always nice to know there’s a guarantee in place just in case you need it.

Getting the Most from Your WeVibe Touch

Who says you need a partner to engage in exhilarating sexual play? Whether you’re single, or your partner is too busy watching the latest box-set to join you for fun, you can use the WeVibe Touch to bring yourself to climax.

The Touch is a versatile sex toy. It’s small enough to rub against several intimate places and can provide eye-watering vibrations. Like most things, using a sex toy to achieve orgasm can take practice. Take your time and enjoy the variety of sensations.

For some, the thought of using a sex toy can be daunting, but it needn’t be. Smaller toys, such as the WeVibe Touch, are less threatening, but can still provide a huge amount of pleasure – without getting in the way.

Does the WeVibe Touch Hit the Spot?

The WeVibe Touch is small enough to be unobtrusive but offers plenty of pulsating play. 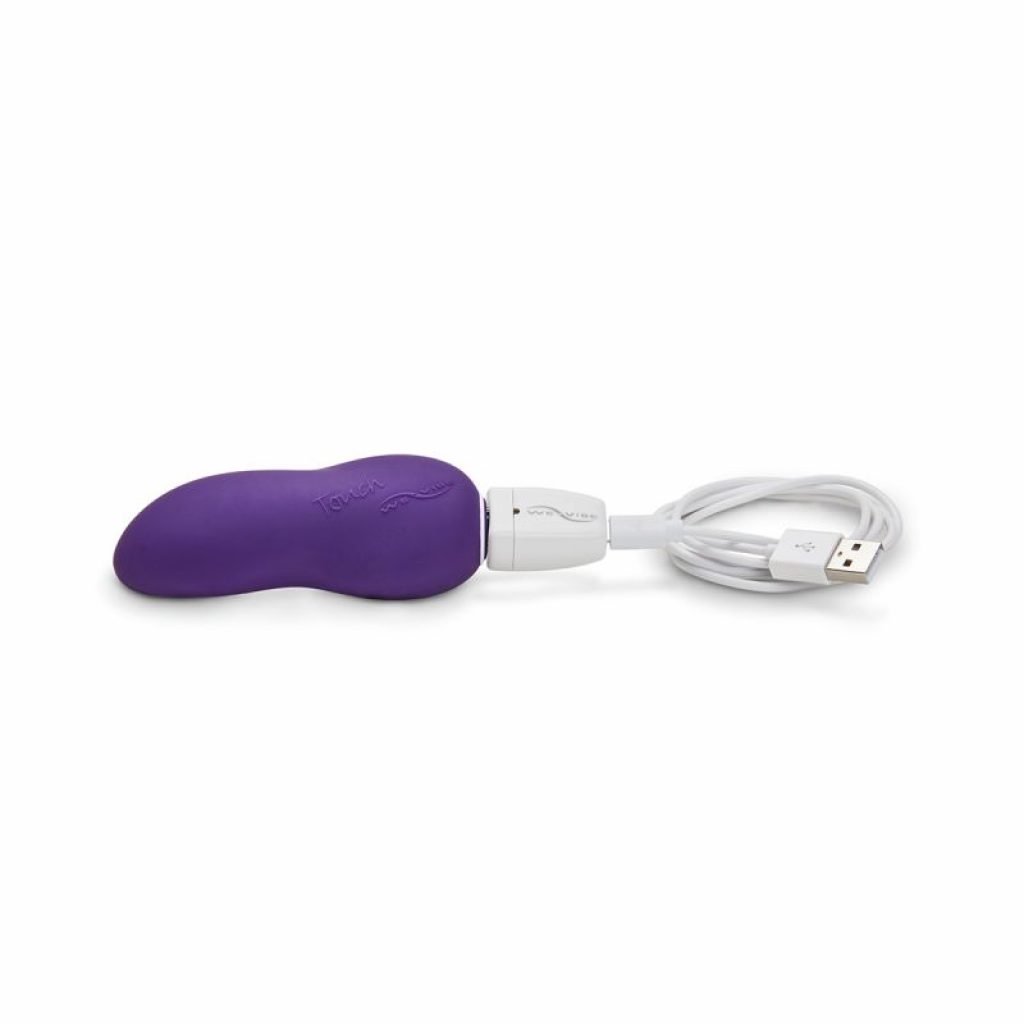 I wanted to test out the theory that this little gem would be easy and discreet enough to transport around, and quiet enough to use somewhere other than behind a locked bedroom door.

To find out, I asked my friend to stand in her hallway and listen carefully. In the meantime, I went into the living room, closed the door, and switched on my buzzy companion. We experimented twice more, once with the door open and once with my friend standing on the other side of the same room.

With the door open she heard a faint sound, but nothing too obvious. However, on stepping into the room she could hear the unmistakable sound of a sex toy (lucky I wasn’t using it at the time). With the sound check over and done with I still needed to try out the product, but I decided to go home for that part!

I like the fact that this product is lightweight enough to fit in my palm, and I was impressed by the level and intensity of the vibrations omitted. The tip of the WeVibe Touch has been designed with plenty of thought and consideration. It almost looks like a small spoon, molded especially to cradle the clit.

The sloped tip also works well to stimulate and tantalize. I found it relatively easy to position the WeVibe Touch on my clit. With some toys you have to shuffle around a bit to cover your clit, moving the tip around from left to right or in a circular motion, but I didn’t have to do too much with this toy.

I simply pointed the narrow tip downwards, and felt the edge of the ridge pressing just enough to cause a flutter or two! The vibration had a deep rumble, and the variety of speed and pulsations worked wonderfully well, building up nicely to a very pleasurable climax. Let’s put it this way, I went back for more.

Would I recommend the WeVibe Touch?

Some might say it looks unconventional, but I think the word unique suits the WeVibe Touch much better. The product is lightweight, portable, and very easy to operate (the one button touch is much appreciated).

If anything, I would say the toy might be too unobtrusive for some. I like its modesty, and the fact you can carry it with you, so I had no problem with it. However, if you enjoy the thrill of an ostentatious sex toy that’s loud, brash, and bold this one is probably not for you.

For everyone else, I would say give it a try, especially if you enjoy clit play. The WeVibe Touch will add an element of excitement to solo play and could help you take partner play from tedious to tremendous.